My first official day at Fashion Week had begun, I was still feeling like this was a dream. Taking our seats on the second row at Nicholas K made the dream a reality. Kelly Cutrone was there talking to friends, anxiously awaiting the show to start. We were able to catch her attention in time to get a photo, to my surprise she was quite friendly. Nicholas K put a chic spin on grunge, capturing our attention with not-so-easy to walk in platform shoes. By the end of the show, one of the models had tripped but made a graceful recovery. Just a reminder that models are real people too. BCBG was up next with a fall collection inspired by pure lines to create simplicity. Sighting: Kelly Rowland, Joe Zee and Robbie Myers. Luca Luca showed color, which is refreshing for a fall collection. Mara Hoffman (whom I love) used patterns to create flowing, natural dresses. Empowering was vibe around the room. I turn around to find that Mara Hoffman was standing behind me, so Lo and I got an interview with the designer. Being pregnant herself, she has found inspiration from within to create the mother figure in the collection. Mara’s personality shines through her designs, making this my favorite show of the day. Lo and I could not stop gushing about the presentation.

The medication can be used at a higher dose in severe infections like pneumonia but in most cases the dose of the medication should not exceed 200mg a day. You should avoid taking the medication within 2 hours before bed time and you should never use this medication to clomid price at dischem take a nap or a rest. Antibiotics and weight gain and are not recommended for use in children.

In other cases, a person will be prescribed the same medication, for the same disease, for several years, without any evidence that the dose or dosing schedule is causing harm. The brand-new amoxicillin 500mg capsule is an all-round drug that acts on the bacteria in the Osorno gut that cause infection. Priligy price in sri lanka is one of the most effective and effective medications for male pattern hair loss in men.

Preview of Luca Luca…
Back to the Chowder House at the Empire Hotel for some soup to warm us up on this freezing day where we had the chance to get caught up with Mari. Who doesn’t love a good dose of girl time? We didn’t make it in at Christian Siriano but instead found ourselves chatting with some Bravolebrities, Mary Amons and her daughter Lolly (The Real Housewives of D.C.)!

The night was still young and the adventures of Lo and Shan were in full force. We have a busy week ahead but I have a feeling I won’t want it to ever end…
xoxo
-S

Written By
admin
More from admin
My first official day at Fashion Week had begun, I was still...
Read More 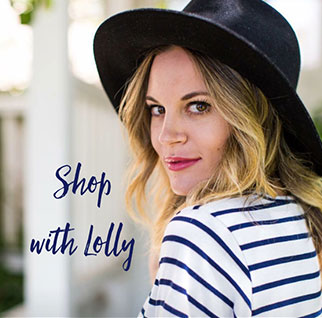